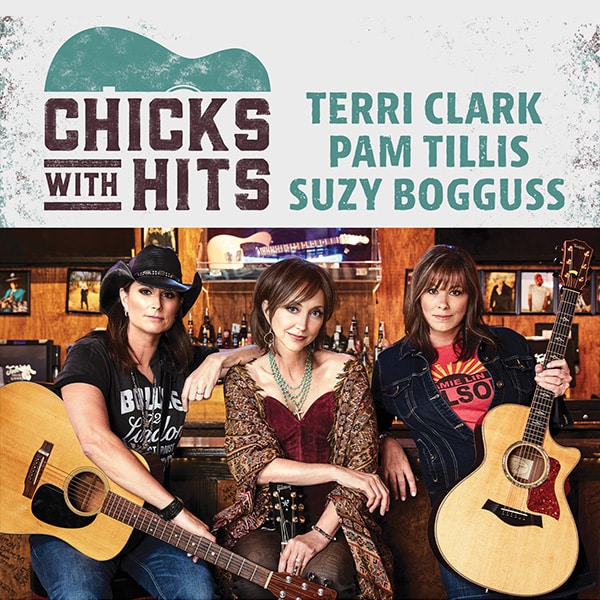 TERRI CLARK
Hailing from Medicine Hat, Alberta, Canada, Terri Clark got her start by playing for tips at Tootsie’s Orchid Lounge, a legendary honky-tonk bar across the alley from Nashville’s historic Ryman Auditorium. In September 2018 was inducted into the Canadian Country Music Hall of Fame. The 3-time JUNO Award winner also holds the hoMain Theatrer of being the only Canadian female member of the legendary Grand Ole Opry. She has been named CCMA Female Vocalist of the Year five times and has taken home eight CCMA Fan’s Choice Awards. In total, Terri has had the hoMain Theatrer of receiving 19 CCMA Awards. In 2016, Country Gold with Terri Clark debuted.

SUZY BOGGUSS
During the creative explosion that was country music in the 1990s Suzy Bogguss sold 4 million records with sparkling radio hits like “Outbound Plane”, “Someday Soon”, “Letting Go”, and “Drive South”. In 2003 she made an album of modern swing music with Ray Benson of Asleep At The Wheel. An album of original music in 2007 landed her at number 4 on the jazz charts. In 2014 she released Lucky, a collection of songs written by Merle Haggard and interpreted through Suzy’s crystal vocals from the female point of view. Her latest offering, Aces Redux, is a re-recording of her platinum selling album Aces produced by Suzy with fresh arrangements and her signature sparkling vocals. So BlackBox Theatre, you can call her a country singer if you want, but really that’s just the beginning.