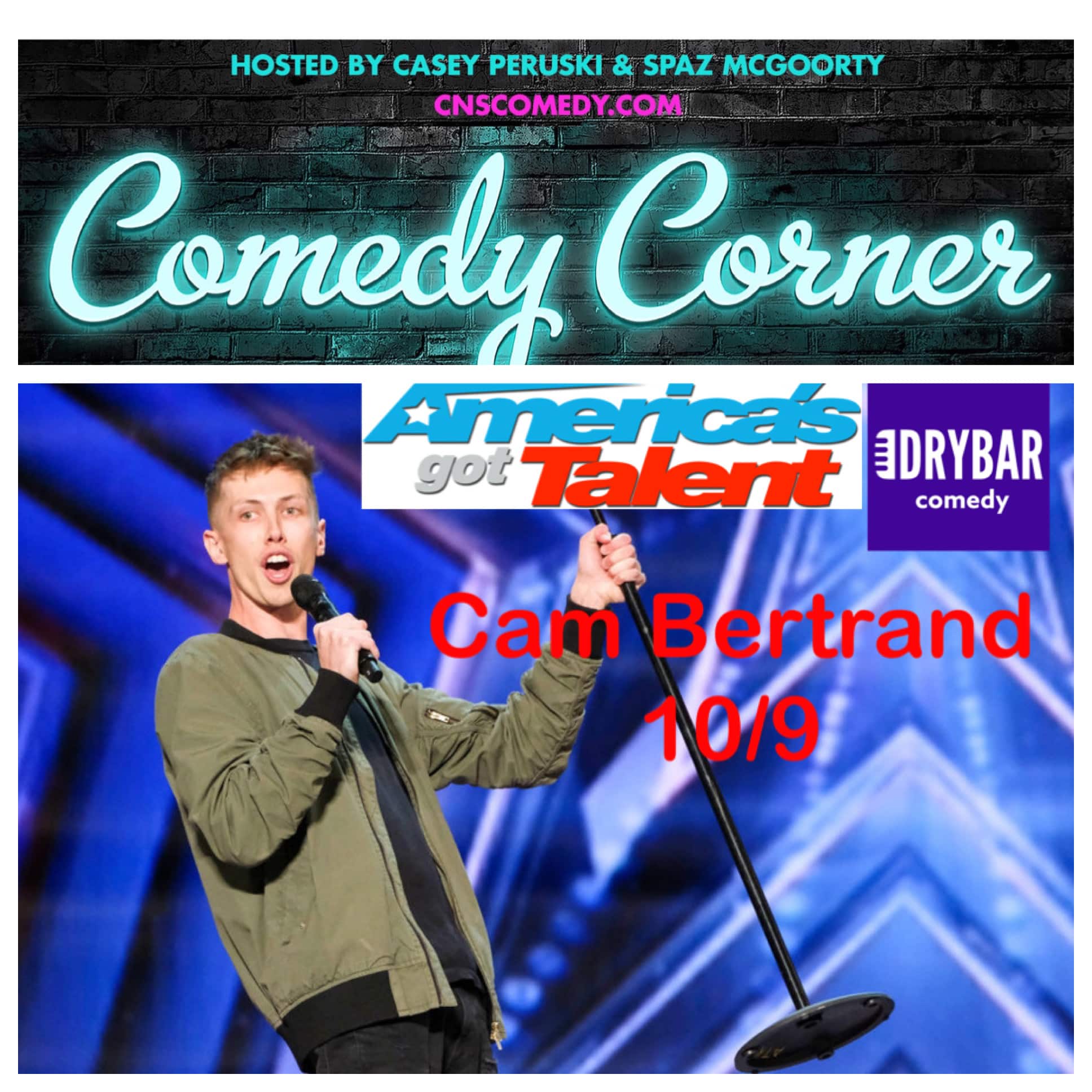 Just seen on this season of NBC’s America’s Got Talent, Dry Bar Comedy Special and Winner of Florida’s funniest Contest!

It took Cam all of 3 weeks to drop out of college at FAMU to pursue comedy full time at the age of 19.

In that same year, Cam also became the youngest comedian to record his own half hour comedy special with Dry Bar comedy, his special ‘Sophisticated IgMain Theatrerance’ which has garnered over 80 million total views since its release.Cam recently appeared on Season 16 of ‘America’s Got Talent’ receiving a “Yes” from all 4 celebrity judges, Simon Cowell, Heidi Klum, Sophia Vergara, and Howie Mandel.

He has also worked with some of the biggest names in comedy today including: Joe Rogan, Andrew Schulz, Bert Kreischer, Pete Davidson, Hannibal Buress, Michael Che, Josh Blue, and Mike Epps. See him live for the first time at the Black Box! http://www.cambertrand.com/

Dan’s a charmingly weird dude, his comedy is described as “so smart it’s stupid” and “it’s a party every time he steps on stage.” His credits include Big Sky/Laughing Skull/Boston Comedy festivals, featured comedian on Fox networks, Weather Gone Viral on The Weather Channel, Abercrombie & Fitch, and featuring in the film American Dirtbag.