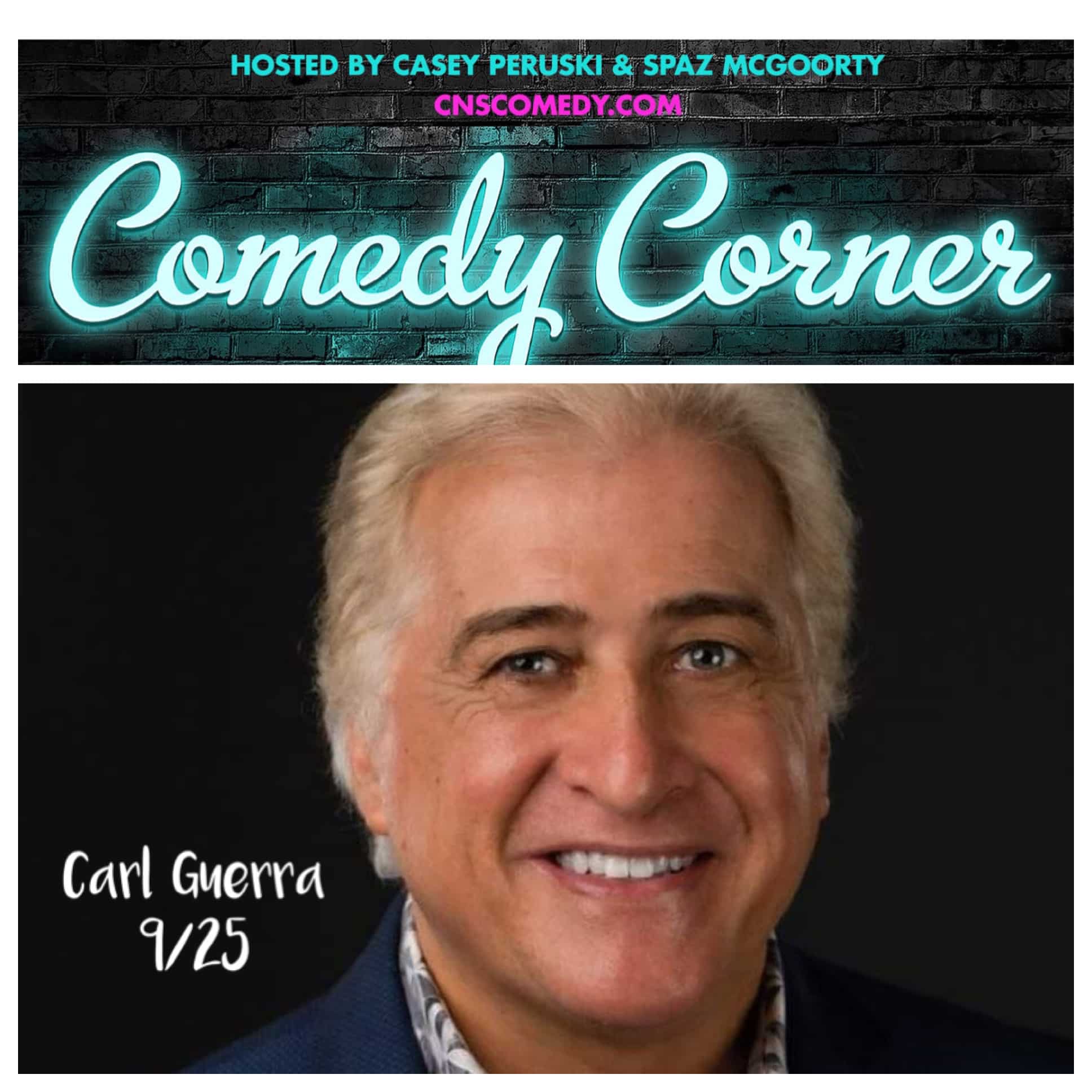 Carl Guerra started performing stand-up comedy in the New York metro area as soon as he graduated from college. (Cornell University, his parents were “thrilled” when he became a comic. Actually, his formal Latin name is Carlos Eduardo Guerra Burgos Alberrlas De La Valle, but you can call him Chuck.) He honed his craft at such clubs as Dangerfield’s , The Comic Strip, and The Improvisation.

He also performed on the nationwide college circuit and on such TV shows as Star Search and Evening at The Improv. Now Carl Lives in South Florida and performs regularly in comedy clubs, country clubs, at corporate events, and on cruise ships. He can entertain an audience with his clever observations, improvs, characters and guitar, without relying on profanity or sophomoric humor.

Jim Moran comedy veteran and local favorite! Jim has done it all in this business. His high energy can’t be forgotten! A headliner on most nights, we are blessed to have him feature for Carl!