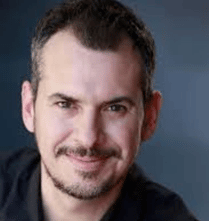 When Flip Schultz was eight years old, he won a summer camp talent show by performing stand up comedy. There was never a doubt in his mind that comedy would be his future. After leaving South Florida as a local favorite, Flip moved cross country to Los Angeles where his funny and well-crafted jokes, combined with his physicality, improvisation &amp; hilarious characters, has made him a favorite on the LA comedy scene and a regular at the world famous Hollywood Improv and The Comedy Store. George Carlin, for whom stand-up comic Flip Schultz once opened, said of Schultz, “He’s like an ostrich on PCP!” It’s a style of comedy that works for the L.A. favorite, who performs regularly at the Hollywood Improv. Since the age of 8, when his stand-up act took 1st place at his summer camp talent show, Schultz knew that comedy was meant to be his life’s focus. He’s since gone on to win Ed McMahon’s Next Big Star, appear on Star Search, Last Comic Standing, HBO and in many more TV and film projects, sharing the stage with big names like Lewis Black, Jamie Kennedy and Damon Wayans. Now you can catch Schultz’ witty social commentary and vivid characterizations.