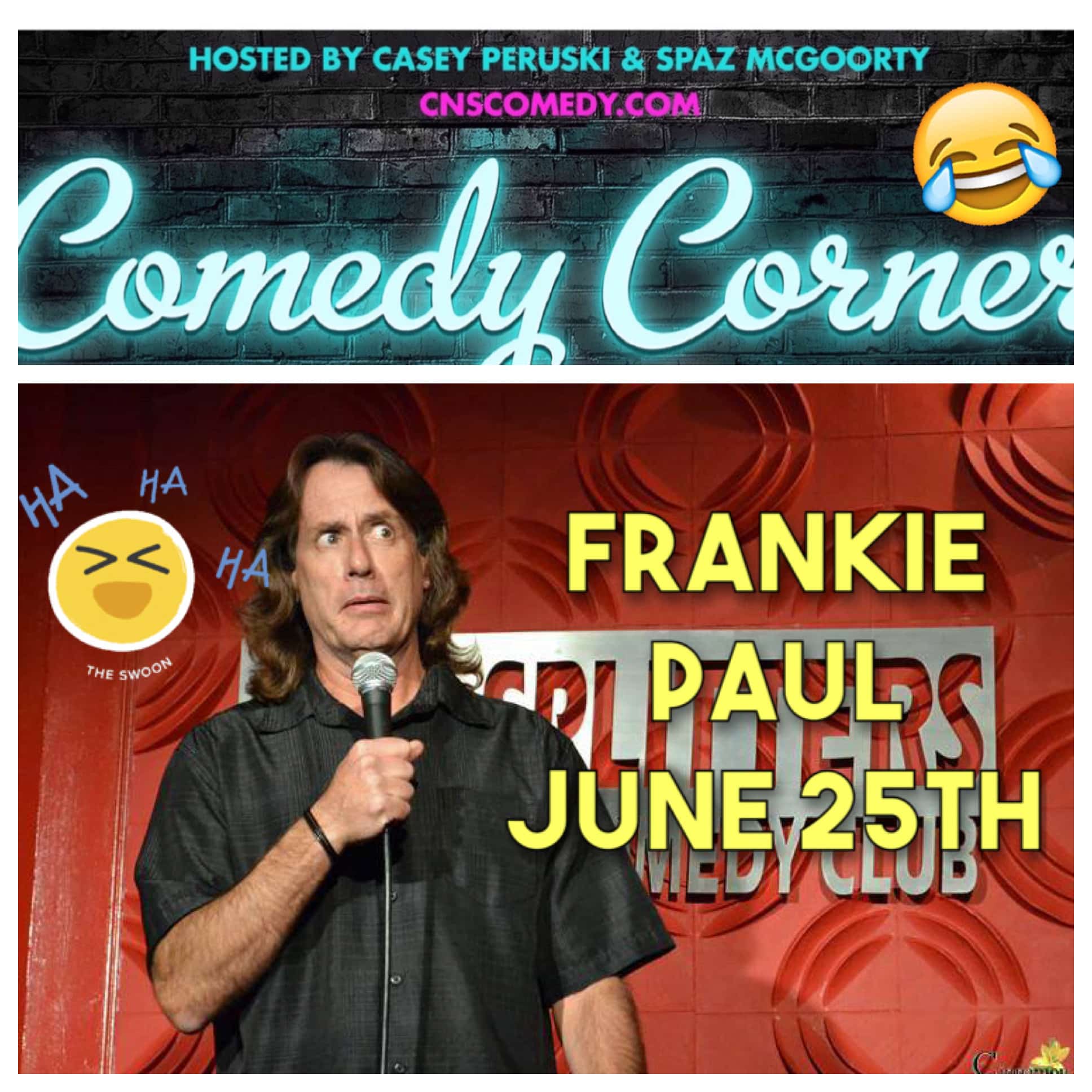 HEADLINER IS FRANKIE PAUL!
Seen on Fox, Comedy Central and opener for the Beach Boys!

Frankie Paul is fast becoming a prominent force in the world of comedy! Frankie has a unique knack for taking a typically unMain Theatreticeable situation to new levels of hysterics.

Frankie Paul has been touring professionally across the country since 1990. Frankie Paul hits on a vast array of today’s topics as well as everyday craziness like marriage, family and common human stupidity! Once you see him, you’ll want to see him again at Comedy Club in your town.

With lovable animated appearance and iMain Theatreffensive attitude, Frankie takes his crowd on a silly roller coaster ride of uproarious laughter. After it’s over the crowd is drained but wants aMain Theatrether ride.
If laughter is truly the medicine, then Frankie Paul should be Surgeon General. Don’t miss him!!! See him live like never before at Sunrise Theatre Black Box Saturday June 25th!

FEATURE ACT CHRISTOPHER ROBINSON
Christopher Robinson is a young comic who started life in New York but began doing stand-up in central Florida. Growing up with divorced parents, one who is a successful businessman and the other a Main Theatren-profiteer, he spent his childhood going back and forth between two completely different worlds which developed his uMain Theatrerthodox point of view. His comedy is rooted in his unique perspective and understanding of both sides to almost every story. Check out his comedy album “The 60/40 Rules” on Comedy Dynamics os see him live at the Black Box for the first time!

HOSTED BY THE HIGH ENERGY OF JIM MORAN!!!