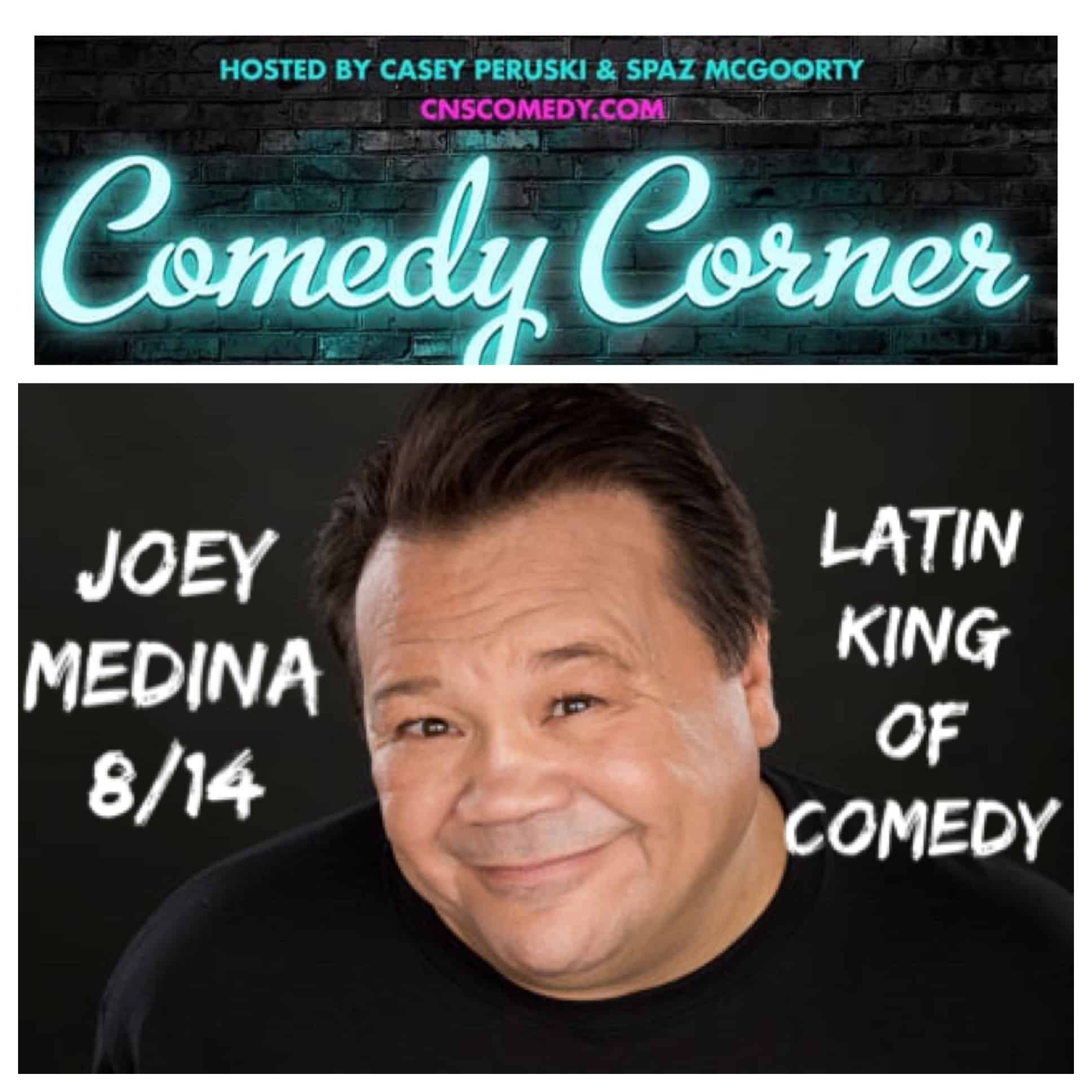 Starred in Paramount Picture’s “The Original Latin Kings of Comedy”, SHOWTIME Comedy Special “Joey Medina: Taking Off The Gloves”, Comedy Central and much much more!!!

​ Joey Medina, a Puerto Rican who was born and raised in the Bronx, New York, is one of the freshest and funniest comedians around today. Joey spent most of his teen years perfecting his boxing skills that would one day earn him a State Championship as a Professional and a shot at the world title before becoming a heavy-hitter in the comedy arena. Joey is a veteran of over 50 television appearances including his own SHOWTIME Comedy Special, titled “Joey Medina: Taking Off The Gloves”.  Joey hosted his own hilarious Morning Radio Show in Los Angeles on KXOL 96.3 FM. Recently, he toured alongside, Russell Peters in New Zealand and Australia where he performed in front of over 36,000 fans.

He headlines comedy clubs, casiMain Theatres and theaters throughout the United States and has also toured Asia, Europe and the Middle East. He also has proudly performed for the US Armed Forces during wartime in Bosnia, Kosovo, Kuwait and Iraq several times, as well as the USS Roosevelt aircraft carrier. Joey also starred in Paramount Picture’s “The Original Latin Kings of Comedy” with Cheech Marin, Paul Rodriguez, George Lopez and Alex Reymundo. which grossed $8.5 million in DVD sales in the first six months of its release through Paramount Pictures. The Original Latin Kings of Comedy is still the highest grossing LatiMain Theatre Stand-up Comedy DVD of all time. Joey produced & directed “Cholo Comedy Slam” a brand new comedy and music special which can be found in stores. He also starred in “Latin Palooza” – A hilarious DVD that Joey hosted and produced. Which followed his award winning debut comedy CD “Below the Belt.”

In addition, Joey is also recognized as one of the hosts and producers of “Loco Comedy Jam,” a stand-up comedy show featuring some of the best LatiMain Theatre comedians in the country on Mun2 Television. He was had a co-staring role in the action-comedy “Zombie Strippers” with Jenna Jameson and Robert Englund (Freddy Kruger). He also wrote a screenplay for R & B artists Baby Bash and Chingo Bling called, “Primos” and is currently in pre-production on his seventh screenplay, a family film entitled “CHEWY.”  Joey has also co-stared with, Danny Trejo and B Real from the rap group, Cypress Hill in the film “Devil Inside.” Latin Style Magazine says “Joey Medina is one of the few comedians that can bridge together urban with mainstream comedy to make his style a hit throughout the country.” Wow see him live August 14th!

PLUS SPECIAL GUEST COMEDIANS AND HOSTED BY CASEY N SPAZ!

We find it necessary due to current conditions, and for the health and safety of all, to require masks for this Comedy Corner. Masks may be removed when you are eating or drinking only. Thank you for your cooperation and understanding