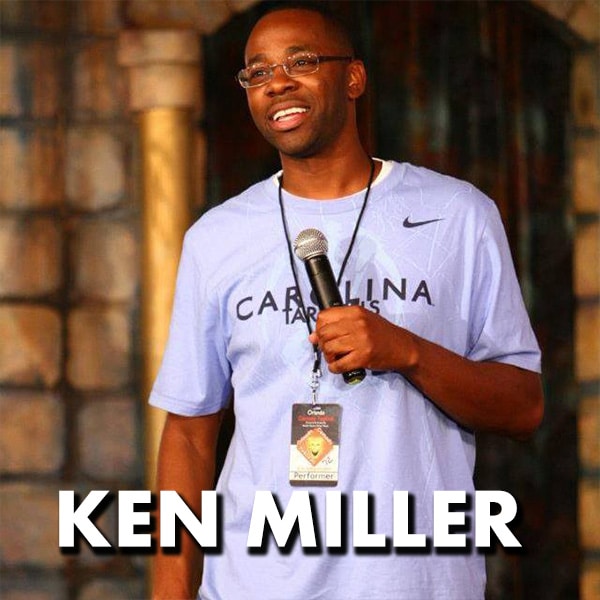 Ken Miller is number 7 of 10 brothers and sisters (really 8 but 7 sounds better), he grew up in Greensboro, NC. Born for comedy and to make others laugh, Ken Miller will guarantee you a laugh and a really good time. This up and coming young comic has been killing crowds across the country. Hitting on topics like weight, divorce, kids and, of course, dating at 38, his show will have you laughing and begging for more. Seen on Nick Jr’s Mom’s Night Out, Winner of Florida’s Funniest Contest, seen on Comedy Central, Laughing Skull Comedy Festival in Atlanta, GA, World Series of Comedy in Las Vegas and The Great American Comedy! See Ken LIVE Saturday Nov 10th at 8:30!

Phil Isme has won several comedy contests and this year became a finalist in the state comedy contest Florida’s Funniest Comedian! In only a few short years he has opened of some of the best comics working today like Michael Winslow, Tom Rhodes and Rich Vos! A great talent that uses his many tools to get you rolling with laughter thanks to his theater back round! Come see one of the fasting raising comics in the south!

All for only $15 Advance $20 at the door! All Comedy Corner shows have full bar, snacks, Free Popcorn and ticket giveaways to Sunrise Theatre events!!!!!