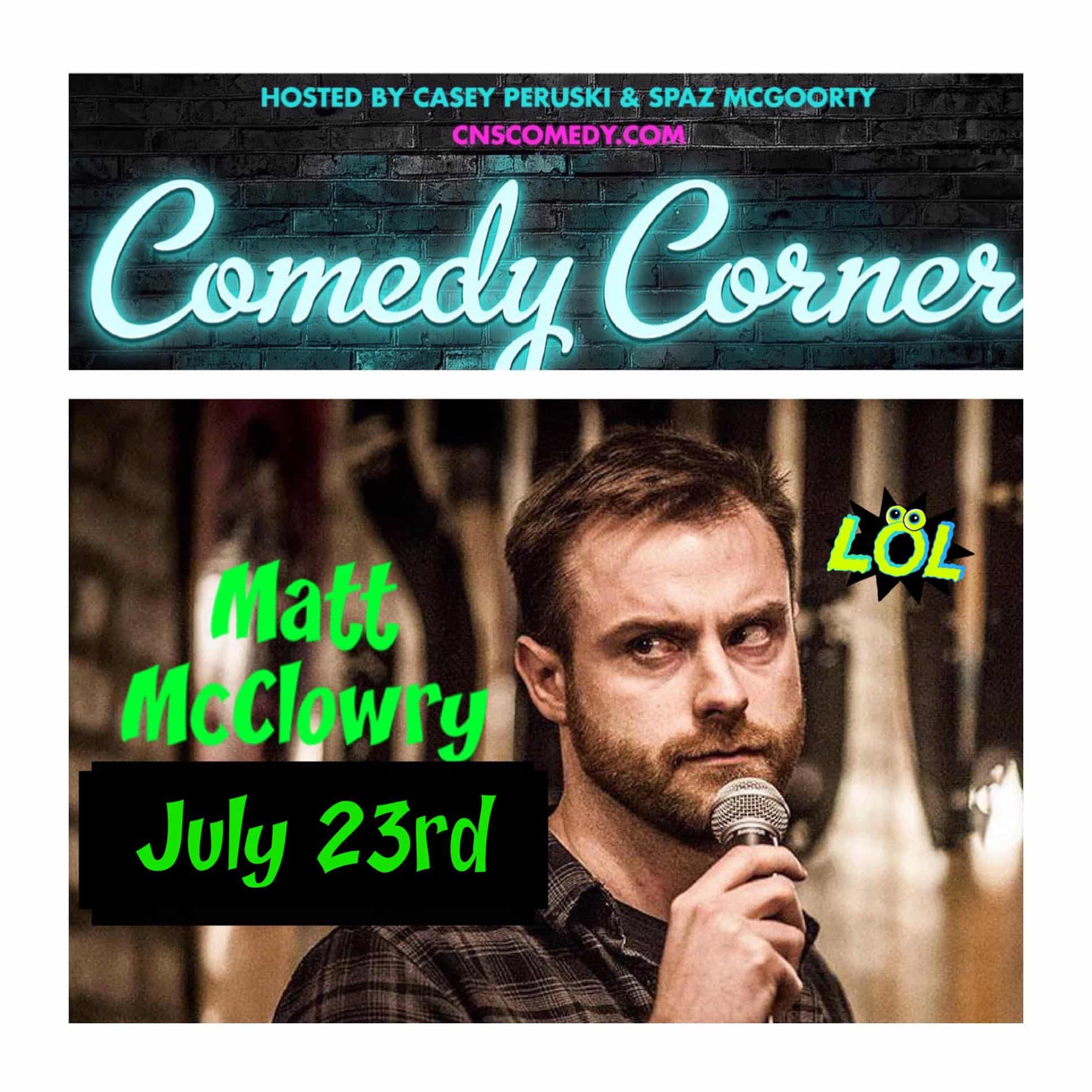 SEEN ON FOX LAUGHS, LIVE AT GOTHAM ON AXS TV’S AND TOURS WITH DAVE LANDAU OF LOWDER WITH CROWDER!

Matt McClowry does Main Theatret easily fit the stereotypical image of a stand-up comic. But after a few moments of watching him on stage, it’s clear he’s a natural; with a laconic yet still faintly anMain Theatreyed delivery underscoring sharply observed gripes about a host of modern absurdities. Originally from Detroit where he was voted “Best Local Comic” by the Metro Times, Matt has been touring coast to coast as well as posting appearances at many prestigious comedy festivals like Bridgetown and the Oddball Comedy & Curiosity Festival as well as racking up trophies as a finalist at the Laughing Skull Comedy Festival, the World Series of Comedy, The Great American Comedy Festival and The San Francisco Comedy Competition. He has appeared on the AXS TV series “Gotham Comedy Live” was a member of primary cast of the FOX series “Laughs” and his album, “Uncomfortable” can be heard on Pandora, Spotify, and SiriusXM. He is also tours with Dave Landau from Hit show Lowder with Crowder. Seen aMain Theatrether first-time headliner at the Black Box Saturday July 23rd!

Chicago native Absar Siddiqui brings his unique brand of observational humor, voice impersonations, and quick wit to the stage as he discusses marriage, his upbringing in a Pakistani household, and life as a “brown man” FL. As a veteran comedian, Absar has performed at venues across the country. The Orlando Improv, Bonkerz Comedy Clubs, and The Comedy Underground in Seattle are a few clubs he calls home.