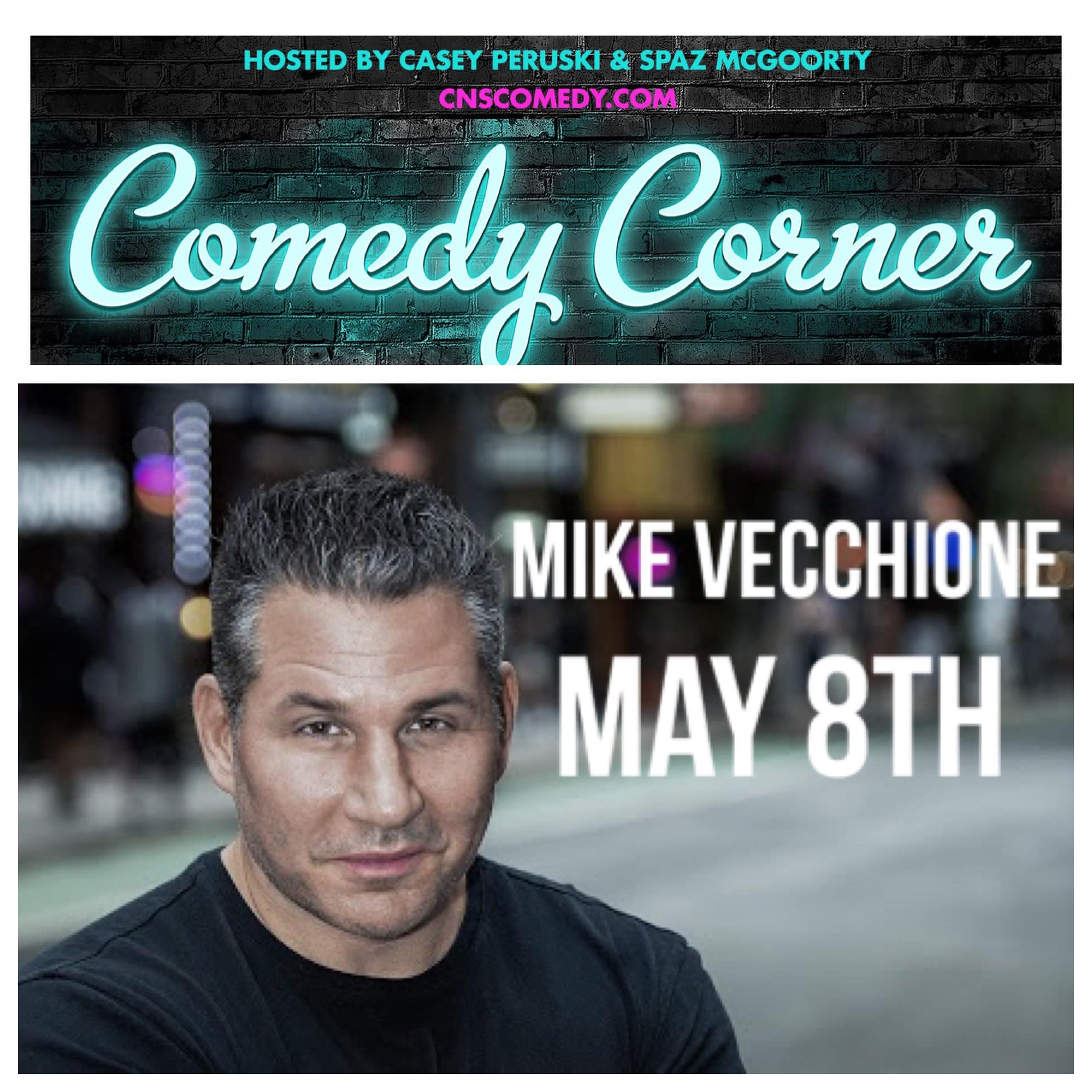 Mike Vecchione is an Italian-American comedian and actor whose stand-up has been described as “rapid-fire delivery, swiftly moving from joke to joke and hitting his punch lines like a boxer working a speed bag.” Mike has made numerous appearances on The Tonight Show, Comedy Central, Netflix, SiriusXM, Judd Apatow directed movie The King of Staten Island and more. Based in New York City, Mike headlines all across America as well as internationally.

In 2021 March, Mike appeared on the Tonight Show starring Jimmy Fallon for the 4th time as first stand up comedian back on the show with a live crowd. In 2020, Mike  appeared on the big screen alongside Pete Davidson in the Judd Apatow directed movie The King of Staten Island. Mike will also appear on Netflix’s The Iliza Shlesinger Sketch Show.

In 2017, Mike appeared on The Tonight Show starring Jimmy Fallon and in two episodes of TruTV’s Comedy KMain Theatreckout. In 2015, Mike appeared on Conan on TBS and Inside Amy Schumer. In 2014, Mike appeared on Comedy Underground with Dave Attell on Comedy Central, was again a semi-finalist on NBC’s Last Comic Standing and Comics Unleashed with Byron Allen. He also released his first comedy album, Muscle Confusion.

In 2010, Mike won the People’s Choice Award for the New York Comedy Festival, was a semi-finalist on NBC’s Last Comic Standing, and was selected to perform at the prestigious Montreal Comedy Festival (New Faces). Later that year, Mike went on to perform on the Tonight Show starring Jay LeMain Theatre and shot his own Half Hour Special for Comedy Central. At the end of 2003, Mike moved to New York City. He has appeared on Comedy Centrals Live at Gotham, Comedy Central’s Fresh Face Debates, and Russell Simmons Presents: Stand Up at the El Rey Theatre. Mike also had a guest appearance on the IFC hit show Z Rock.

Mike Vecchione was born in Youngstown, Ohio and graduated High School in Boca Raton, Florida. He played football and placed second in the 1991 AAA state wrestling tournament. He attended Pennsylvania State University where he earned a bachelors degree in Criminal Justice and went on to receive a Master’s degree in Special Education from Cabrini College in Pennsylvania. Mike has worked as a counselor and Special Education teacher in the Philadelphia area. See Mike live at the Black Box Mother’s Day weekend and Spaz’s Birthday Saturday May 8th!

Refund Requests: All refund requests must be requested in advance and Main Theatret the day of the show. We are unable to accept refund requests once the show has started.