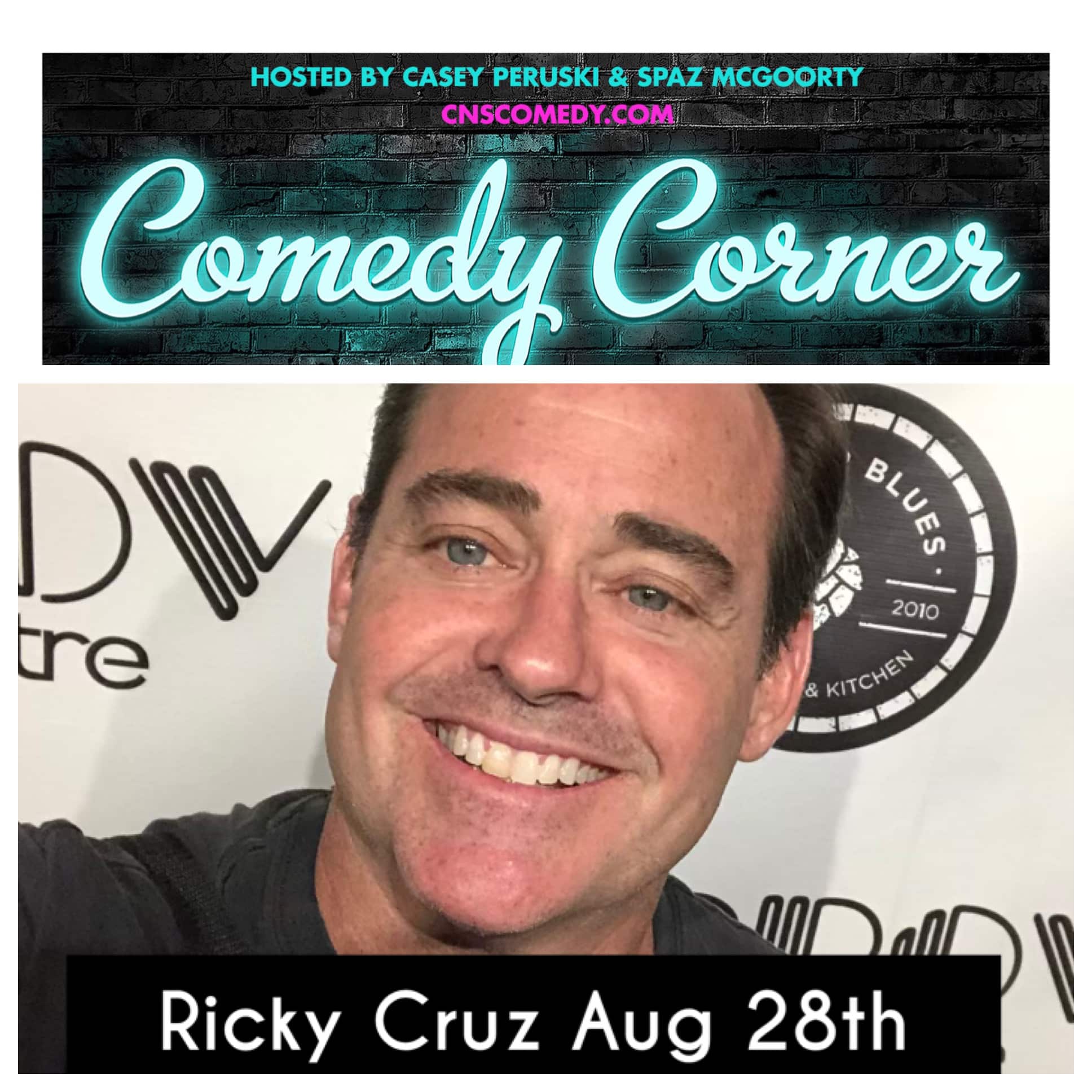 Seen on NBC, Comedy Central, HBO and Super Bowl Comedy Host!
Ricky Cruz began his career in entertainment in 1997 doing stand-up comedy in Tallahassee, Fl. entertaining crowds of college students at local bars and clubs. Our boy’s all grown up and he’s sharing the twisted true life tales that have shaped him and his point of view along the way. He has a current and relatable show and a charisma that connects him with his audiences. Ricky enjoys pushing the envelope, but with an insight and personality that makes you laugh and forget your two drink minimum as you go along for the ride. A seasoned performer who has appeared on stand- up comedy specials for HBO, NBC, and the AMC Channel. He was also featured on the nationally released “Comedy Fiesta”. In 2008, 2010, and 2013 he was a featured performer at the Comedy Central “South Beach Comedy Festival”. In 2020 was the Comedian host for events for Super Bowl LIV in Miami. Ricky is a familiar face on comedy club calendars throughout the country definitely a great time if he’s come to a club near you.

Feature Act: LUIS DIAZ
Luis Diaz has been performing since he played Papa Bear in a beautiful interpretation of “Goldilocks and the Three Bears” by his third grade class. Since then, he hasn’t stopped entertaining. Luis did theatre and musical theatre through high school and college (Main Theatret ashamed of it), and some film work while in college (if they were films worth mentioning, I’d mention them). However, while in college he encountered a dilemma; he loved doing improv comedy (again, Main Theatret ashamed) but didn’t have people to perform with. This spawned the stand up comedian he is today!
Luis has performed alongside some of the biggest names in comedy, such as Nick Swardson, Adam Ferrara, Andrew Dice Clay, and Bert Kreischer. He’s a seasoned vet in South Florida and has performed everywhere, from small dive bars all the way up to a sold-out college arena! He also won his chance to be the Miami representative during the 2016 Florida’s funniest competition.

With an undying need to entertain, he puts his comedy to use daily on the radio on Miami’s Party Station as a member of the Power 96 Morning Show. You can also find him on stage all over Florida and beyond!

Plus Jeff Bien at the Black Box for the first time out of Port Saint Lucie!