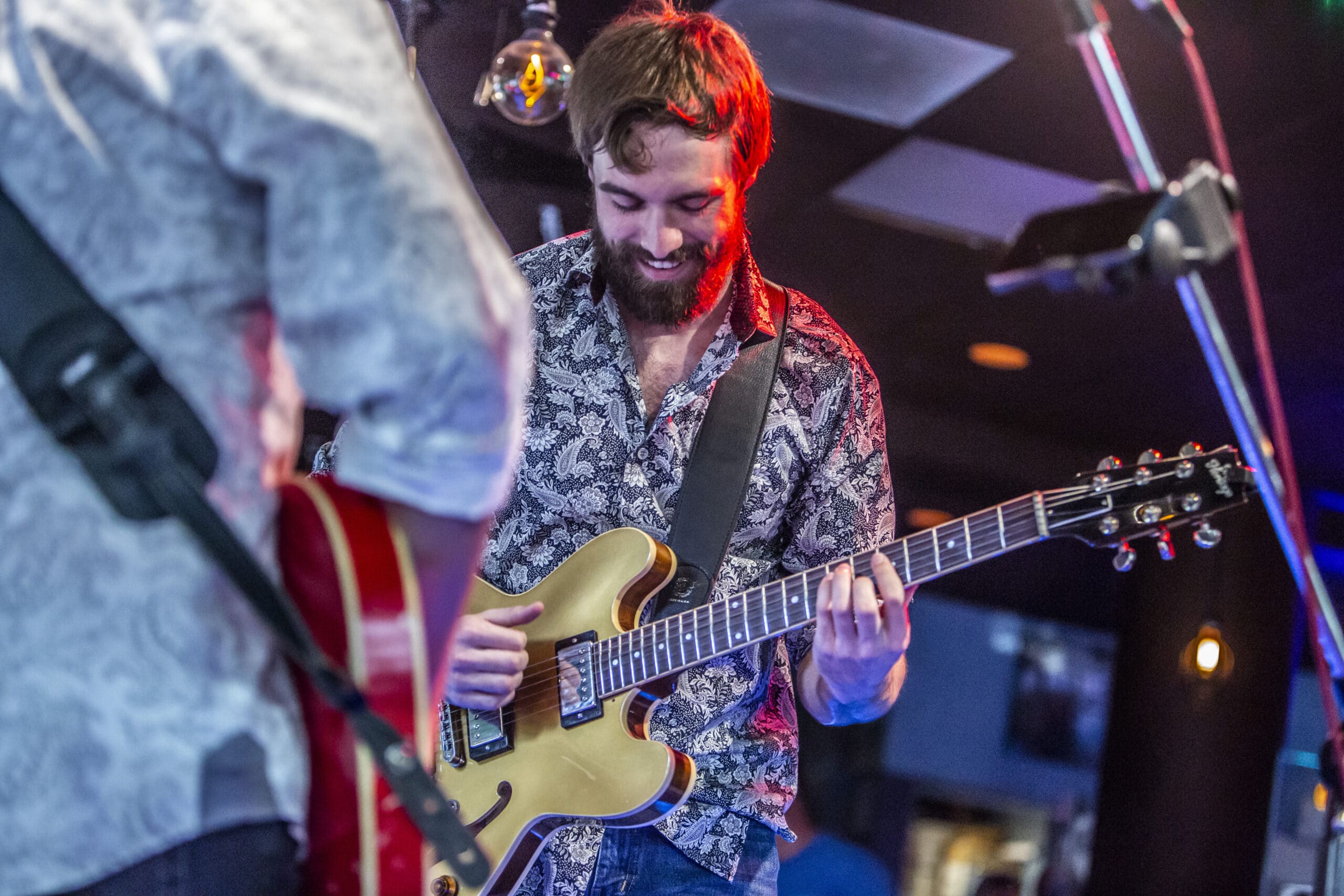 Jake Walden (Lead Guitar & Vocals) is keeping the blues alive with his unique brand of music, which has catapulted him onto the scene and led to his quick rise as an in-demand guitarist and vocalist. Inspired by iconic players such as Stevie Ray Vaughan, Jimi Hendrix, Joe Bonamassa and others, Jake has developed a rich, R&B-esque, funky, jazzy, blues sound that he feels deeply… and audiences love. As a full-time, professional musician and songwriter, Jake is fulfilling his calling. In 2018, Jake was selected to represent Florida’s Treasure Coast chapter of the Blues Foundation in the International Blues Challenge in Memphis. For 30-plus years, this major event hosts top talent from all over the world. Jake was both hoMain Theatrered and humbled to have competed. Jake has played alongside Main Theatretable musicians such as Popa Chubby, Matt Scofield, Jeff Prine, Joel DaSilva, Mark Telesca, JL Fulks, JP Soars, Frank Bang, and Shaw Davis. Jake also played and recorded with Tyler Greenwell, the Grammy award-winning drummer for Tedeschi Trucks Band.

Ed Berrios (2nd Guitar) is a local guitarist and long-time gigging and freelance musician in South Florida. Ed’s music career started as a self-taught musician in Brooklyn NY. His style is rooted in rock/blues-rock, but also enjoys pop music. Ed has also worked in a latter iteration of the 60’s band Reparata and the Delrons best kMain Theatrewn for their 1965 recording “Whenever A Teenager Cries”. After finishing his tenure with his locally formed and successful dance band, The Jennell Eve Band, Ed took time to re-charge before joining The Jake Walden Band as second-guitar.

Brian Baudrit (Drums/Percussion)- Brian A. Baudrit has been teaching and performing as a freelance musician, performing in musicals, bands, churches, and special events in South Florida since 1990. Brian recorded and performed with jazz/fusion artist James Ingenito from 1986-93. He is hoMain Theatrered and blessed to be performing with The Jake Walden Band.

Mike Hankins (Keyboard) is the newest member of the Jake Walden Band. Mike toured out of Atlanta and Nashville with various artists before moving back to his hometown of Fort Pierce in 2013.

* We are reducing public capacity to 50%, managing physical distancing and limiting guest density at tables and seating across the Black Box in compliance with local and state government agencies guidelines.
* You must bring a face covering. Guests are required to wear one at all times to attend the event. Masks are available for $5.
* We have provided all staff with enhanced safety training, reinforcing cleanliness and hygiene per current health & safety guidelines. Food & beverage staff are required to wear face coverings and gloves.
* We have intensified cleaning with disinfectant spraying and wiping of all surfaces including door handles, tables, seating and electronic displays more frequently. We have also added hand sanitizers on counters and dispensers mounted on walls in the facility.