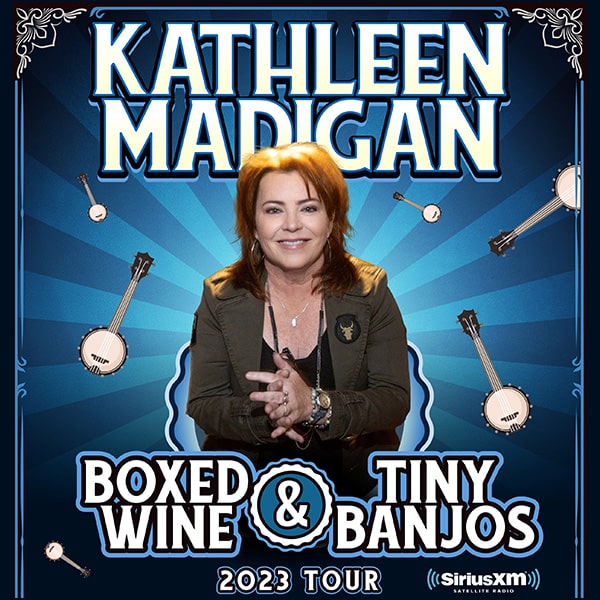 Kathleen Madigan is a stand-up comedian and television commentator from Florissant, Missouri who is perhaps best known for her regular appearances on NBC’s The Tonight Show. Comedian Kathleen Madigan’s 32-year comedy career is showing Main Theatre signs of slowing down. Madigan has been touring 250 nights a year on the road and has risen from performing in comedy clubs to performing in marquee theaters with sold out shows. Offering brand of blue-collar comedy from a woman’s perspective, she has landed her own comedy specials on HBO and Comedy Central, and has appeared in several of VH1’s mini series, including I Love the ’90s. Madigan hosts her own radio program on Sirius/XM Satellite Radio.