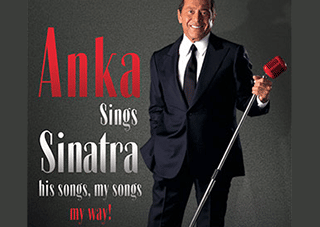 Paul Anka, one of the greatest singer, songwriters in history, will be back at The Sunrise Theatre for one night only! Paul Anka started writing songs at an early age, but it was a trip to New York that changed his life forever, when he wrote a song called Diana for a girl he knew. This song launched his career and sold over 20 million copies worldwide. By the time Anka was 18; he had five Top-20 hits and had secured himself a distinguished musical niche of romance. Who can forget his famous hits: Put Your Head on My Shoulder, You Are My Destiny, Lonely Boy, Puppy Love, (You’re) Having My Baby, I Don’t Like To Sleep Alone and One-Man Woman.

His latest album entitled Duets, features: Frank Sinatra, Michael Jackson, Tom Jones, Celine Dion, and Michael Bublé. Duets set a milestone in Billboard Chart history, with this CD; Anka became the only artist to have a CD on the Billboard Top 100 Chart for seven separate decades.

Don’t miss this unique opportunity to witness the extraordinary talent of Paul Anka, who has been delighting audiences around the world for over 40 years.

A Main Theatrete from Paul: “The Anka Sings Sinatra tour will hoMain Theatrer a great artist who has influenced me more than anyone else throughout my career, Frank Sinatra. It will also feature the hits that have spanned my career on this 60th anniversary year. It will be a night filled with his songs, my songs, my way!”

“One of the most entertaining evenings of the year.”
– Caroline Sullivan, The Guardian, UK

“Anka is still a powerful performer who does what he does with
consummate skill.”
– Don Heckman, Los Angeles Times, USA