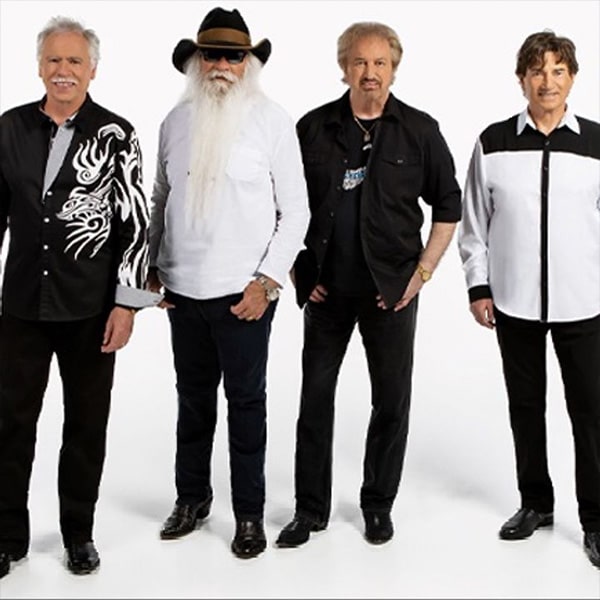 The Oak Ridge Boys high-energy stage show remains the heart and soul of what they do best. This night will feature classic Gospel, Country and Patriotic music.

The Oak Ridge Boys have one of the most distinctive and recognizable sounds in the music industry. Their string of hits includes the pop chart-topper Elvira, as well as Bobbie Sue, Dream On, Thank God For Kids, American Made, I Guess It Never Hurts To Hurt Sometimes, Fancy Free, Y’All Come Back Saloon and many others. They’ve scored 12 gold, three platinum, and one double platinum album, plus one double platinum single, and had more than a dozen national Number One singles and over 30 Top Ten hits.

The four-part harmonies and upbeat songs of The Oak Ridge Boys have garnered a host of industry and fan accolades including Grammy, Dove, ACM, and CMA awards. In 2008 they were awarded the coveted Academy of Country Music Pioneer Award. October 25, 2015, The Oak Ridge Boys were hoMain Theatrered with induction into the esteemed and elite Country Music Hall of Fame.