HEADLINER IS ERIK MYERS!
Seen on Showtime, Comic’s Unleashed, Gotham Live!
​For over 17 years, national headliner Erik Myers has been entertaining audiences with his high- energy, machine-gun delivery and trademark voice. His accounts of bad nights, bad jobs, bad dates and bad Uber rides keeps the crowd begging for more. Erik has a 1-hour special on Hulu entitled “Dopeless Romantic”, and has been seen on Laughs on Fox, Gotham Comedy Live on AXS TV, Comics Unleashed on CBS, and Showtime. He recently co-created the hit cartoon ‘Court Ordered’ and can be found leaving audiences in stitches at top comedy venues across the nation. Don’t miss one of the most requested headliners one night only Saturday December 8 th at Sunrise Theatre Black with Casey N Spaz!

FEATURE ACT SARA GEIMER!
QUIRKY, CUTESY, AND ALL AROUND “ADORKABLE”, SARA GEIMER’S STORYTELLING IS AWKWARD, CLEVER, AND PAINFULLY ENDEARING. SHE PERFORMS AT MULTIPLE VENUES IN THE ORLANDO AREA INCLUDING THE ORLANDO IMPROV, BONKERZ COMEDY CLUBS, AND GROUCHO’S AT CLUB 52. SHE WAS A SEMI-FINALIST IN THE “104.1FM MONSTERS IN THE MORNING COMEDIAN OF THE YEAR” COMPETITION, AS WELL AS THE “FLORIDA’S FUNNIEST FEMALE” COMPETITION, AND IS CURRENTLY A CONTRIBUTOR TO THE RADIO SHOW “REAL LAUGHS” ON 104.1FM.
This is the last stand up comedy show of 2018 and we will have several of your favorite comedians stopping by to make this a great night to end 2018 heading into 2019! These shows are always brought to you and hosted by Sunrise Theatre and Casey N Spaz Comedy!!!
Full Bar, Free popcorn, a chance to win free tickets to a future show all for only $15 advance and $20 at the door!
Get tickets online at sunrisetheatre.com, box office 772-461-4775 or at the door! 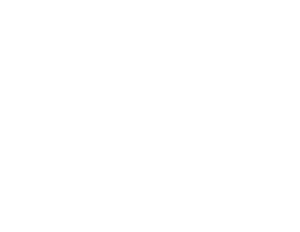