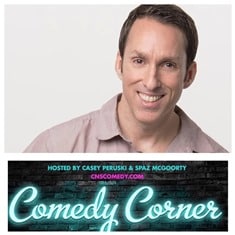 ​Carl Rimi is an award-winning actor, writer, producer and comedian. Carl Rimi has been a working comedian for over twenty years headlining clubs across the country and performing on cruise ships. Since he could remember, Carl Rimi has been entertaining and controlling an audience; whether it be just in front of a group of women, on stage, Las Vegas Comedy Festival, on the big screen, behind the scenes or even when he was growing up, as long as there is a crowd, Carl will be the center of it. In 2013, he decided to pursue his passion for film and television. Carl has been in more than 50 commercials, 20 short films, and eight feature films. Carl has two feature films that he helped produce in the horror/thriller/ comedy genre set to be released in 2019. Carl plays the lead actor in both movies:  Adopted (a fireman haunted by his decision to adopt a Haitian orphan), and WDED Dead in the Morning (playing a radio DJ that uses a zombie outbreak to boost ratings). Mr. Rimi has done several television shows and independent movies. His credits include Comedy Central’s Laugh Riots, NBC, CBS, ABC Family and the hit television series Burn Notice. He also starred in the Independent Christian film, Bonk, in which he was Main Theatreminated for a Best Actor Award.