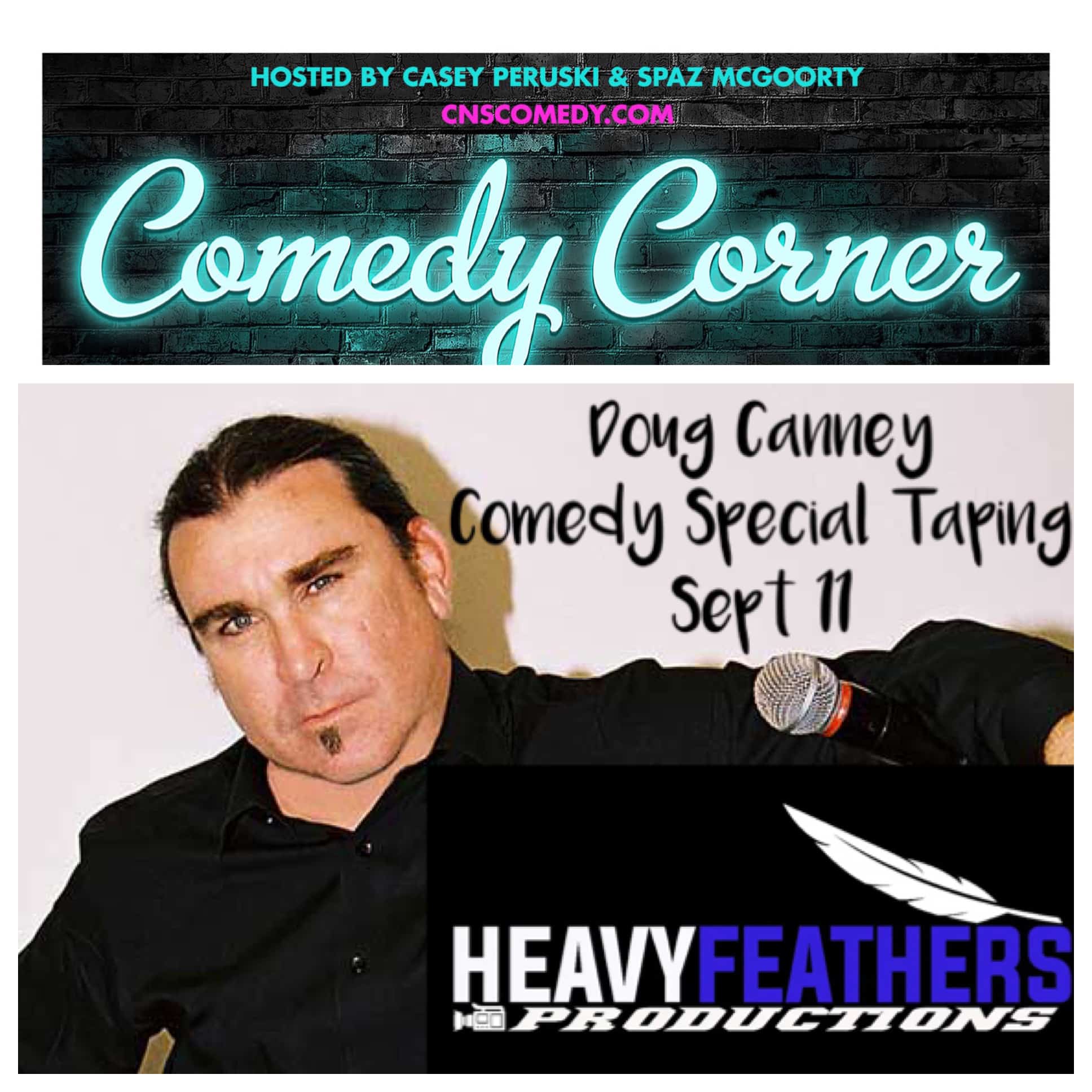 Join us for the first time in our 10 years at the Black Box where we will shoot a live comedy special!!! You can be part of Doug Canney Multi Camera Comedy Special with Heavy Feather Productions and Casey N Spaz Comedy!

Doug is a Former 80’s touring musician, voice-over actor for radio stations Nationwide and current National Headliner, Doug is a busy guy. Doing over 330 shows a year and pretty much living in his car for a while, Doug is the epitome of the term “Road-Dog comic”. Having worked for a few years as a house comic at the famous Cocounts Comedy Club, on St. Pete Florida, he sharpened as a performer and Coconut’s became his home club. Other successful comedians like Larry the Cable Guy, Jim Breuer, Kevin James, Billy Gardell and Mitch Hedberg also worked Cocounts and considered it home.

Doug’s performances are Spastic, fast pace and never dull as he weaves his self-depreciating southern charm.
He’s been seen on HBO, NBC, The WB Network and heard on syndicated radio all over the nation.
His hometown is New Bern North Carolina, he Main Theatrew lives in Palm Coast Florida.

Chicago native Absar Siddiqui brings his unique brand of observational humor, voice impersonations, and quick wit to the stage as he discusses marriage, his upbringing in a Pakistani household, and life as a “brown man” FL. As a veteran comedian, Absar has performed at venues across the country. The Orlando Improv, Bonkerz Comedy Clubs, and The Comedy Underground in Seattle are a few clubs he calls home.