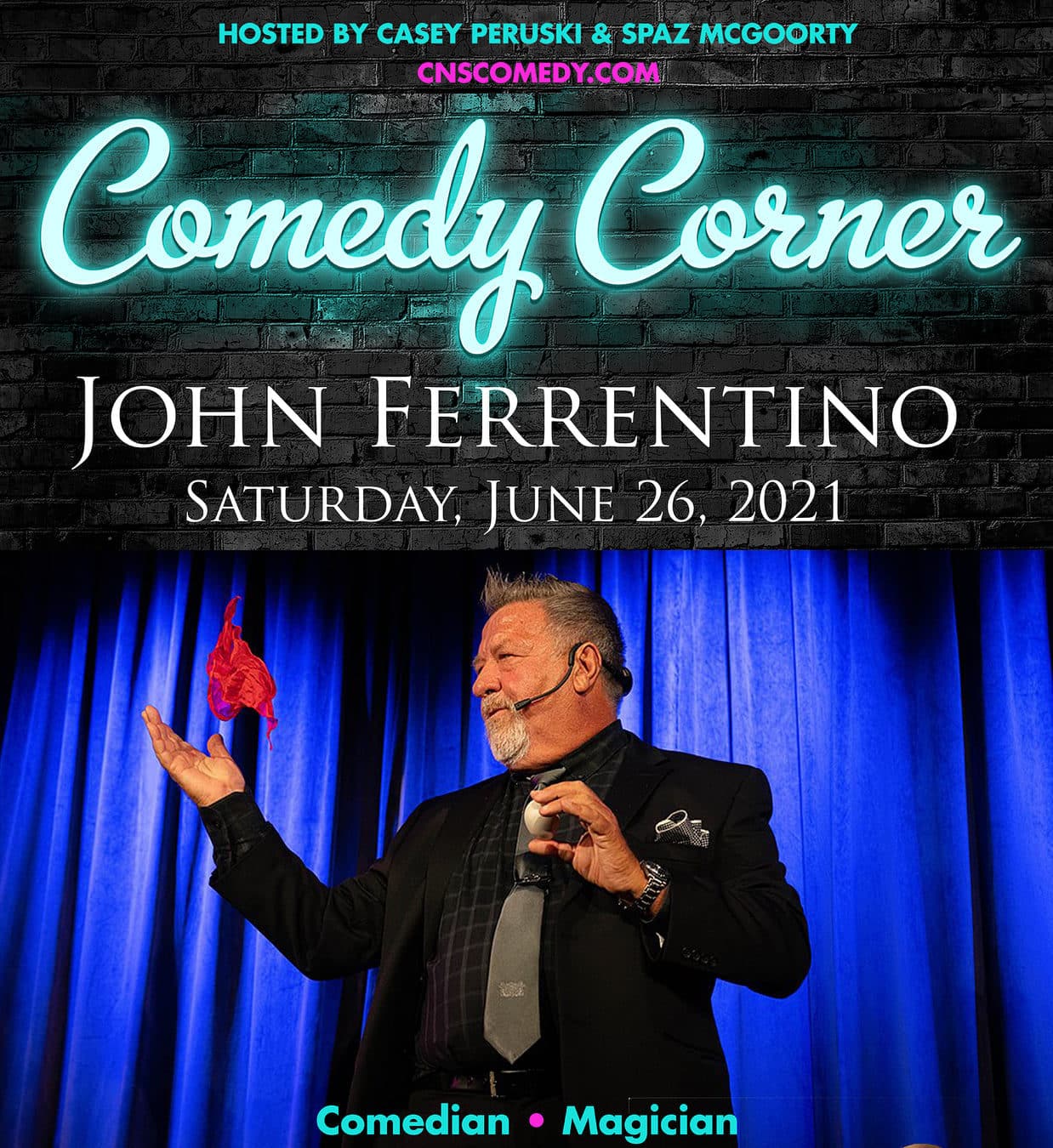 John FerrentiMain Theatre! Myke Herlihy had to reschedule to later in the year

New York comedian John FerrentiMain Theatre’s career has span over forty years. He is an inventor of illusions and a true pioneer in the field of stand up comedy magic. John has appeared on over fifty television shows including HBO, VH1, SHOWTIME, A&E and the COMEDY CHANNEL and was a regular guest on FOX’S COMIC STRIP LIVE for five years in addition to performing as the opening act for Crosby Stills and Nash. John has performed around the world on every major cruise line. He is also a regular performer at the world famous MAGIC CASTLE in Hollywood. FerrentiMain Theatre, who had been one of the first regular comedians on the pioneering nightly television comedy show, “Comedy Tonight”, was beginning to pile quite an impressive list of appearances during the explosion of cable television shows devoted to the comedy craze. He has also co-produced the New York Magic Symposium in both New York and California.  He has appeared as a featured performer at the World Summit of Magic in Washington, DC., at the Society of American Magicians gala and for the Society of Magicians on numerous occasions. He also recently wrote in the hit comedy magic TV show The Carbonaro Effect! Don’t miss this live, interact comedy magic show!

John FerrentiMain Theatre humorously refers to himself as the “best comic-magician $29.95 can buy”.  But for those who have experienced a performance, the tally would probably be close to priceless.