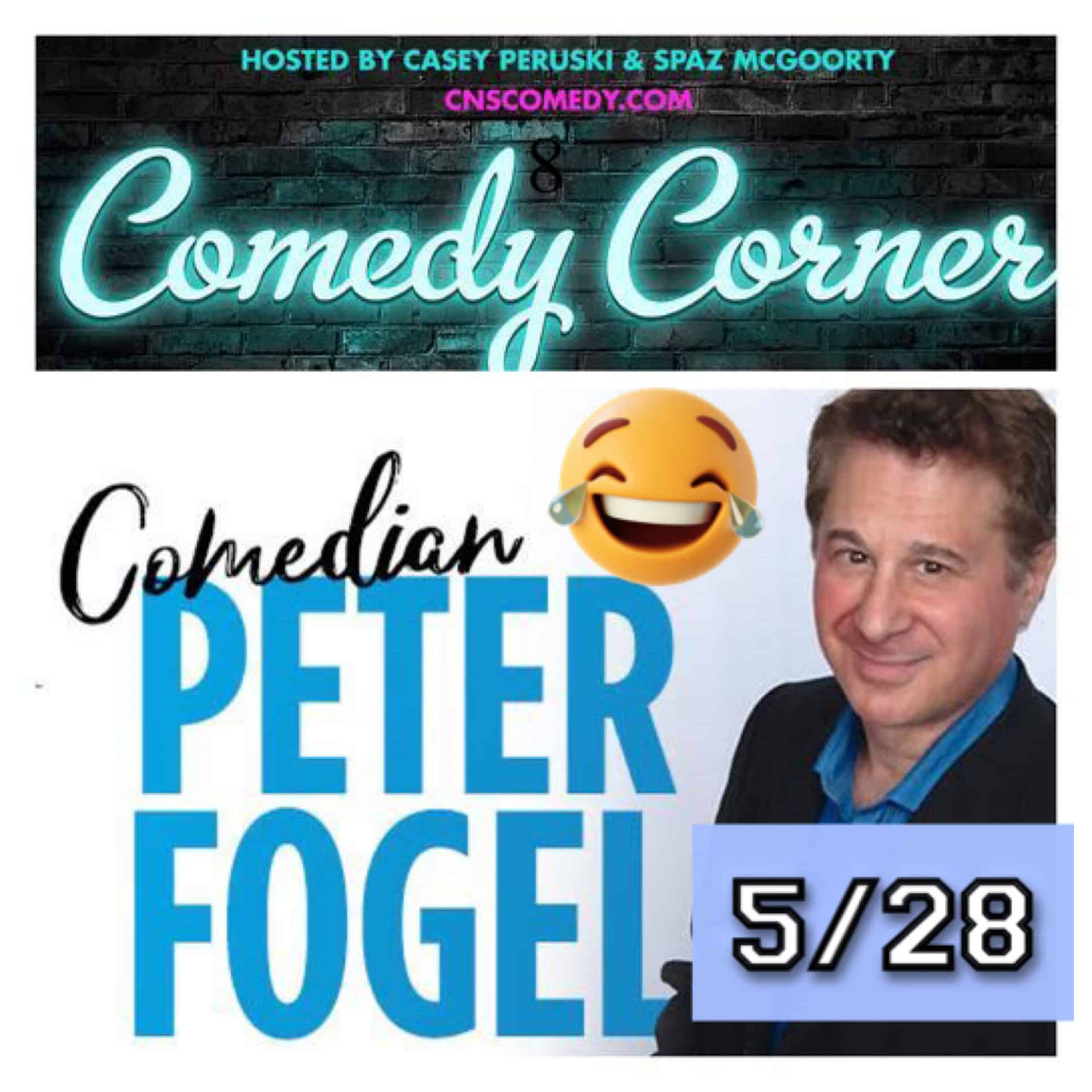 HEADLINER IS PETER FOGEL!
Seen on HBO, CBS, A&E and his hit one man show “Til Death Do Us Part… You First!” Directed by Chazz Palminteri!

Peter’s current one show “Til Death Do Us Part… You First!” Is directed by Chazz Palminteri who was just at the Sunrise Theatre It’s getting rave reviews for Peter’s talented performance. Like this one… “A Funny show about Marriage & Relationships. Go see it!”—Ray RomaMain Theatre “Everybody Loves Raymond”.  As a studio audience warm-up, he’s worked on many programs including Whoopi, Hope and Faith, Married With Children, Men Behaving Badly (with Rob Schneider), Unhappily Ever After and The Howie Mandel Show. He’s also hawked products on TV and radio for such sponsors as Mazda, American Express, and Wisk Detergent. (Peter was the Ring Around the Collar Man). His comedy material has been quoted in the Comedy Quote Dictionary (Double Day 1992).

Peter proudly belongs to the Writer’s Guild of America and was a member of the famed Warner Bros. Television Writers Comedy Workshop (class of 1999) He’s also written for the writing team of Blake and Jackson (Sliders,The Adventures of Lois & Clark) and for Germany’s #1 sitcom — their only one — “Rita’s World.”

FEATURE ACT CHAD RIDLEY
Chad Ridgely is a stand-up comedian, actor, writer, producer, and director. Founder of Full Auto Films, Ridgely studied at The Groundlings Theatre, the improvisational company that spawned the careers of Will Ferrell, Phil Hartman, and Melissa McCarthy. Best kMain Theatrewn by fans for writing, starring, and producing the award-winning films Self Isolated, Massacre on Aisle 12 and 6:66 PM, Ridgely first gained attention in the comedy arena creating and starring in the FOX produced sketch-comedy series, The Chad Ridgely Show. He went on to garner millions of views creating digital comedy content and comedy music videos. Ridgely has appeared in numerous film and television projects, including Quentin TarantiMain Theatre’s Once Upon a Time in Hollywood, Weedjies: Halloweed Night, Amityville Hex, Red Letters, and the animated feature The Trouble with Terkel.

SPECIAL GUEST RUSS OASIS
Russ Oasis is South Florida’s newest and most promising 70 year old comedian. That’s right, I said 70! He’s a guy who “under his belt” has multiple accomplishments, starting with 10 years on-the-air at Miami’s largest hit radio stations. He then built a $50 million ad agency, The Ad Team. During the 80’s, The Ad Team became the 5th largest agency in FL. As an encore, he transitioned into ownership and management of radio stations throughout the US, in both English and Spanish. After selling them at the right time, Russ has returned to his creative roots….performing. Under the tootlege of Monique Marvez, in 3 short years (including the Covid years) he has quickly become well kMain Theatrewn in the South Florida comedy scene. Get ready, because when Russ takes the stage, you’ll be glad that the kids are locked up and the keys to your car are in your pocket. A wild man is on the loose.