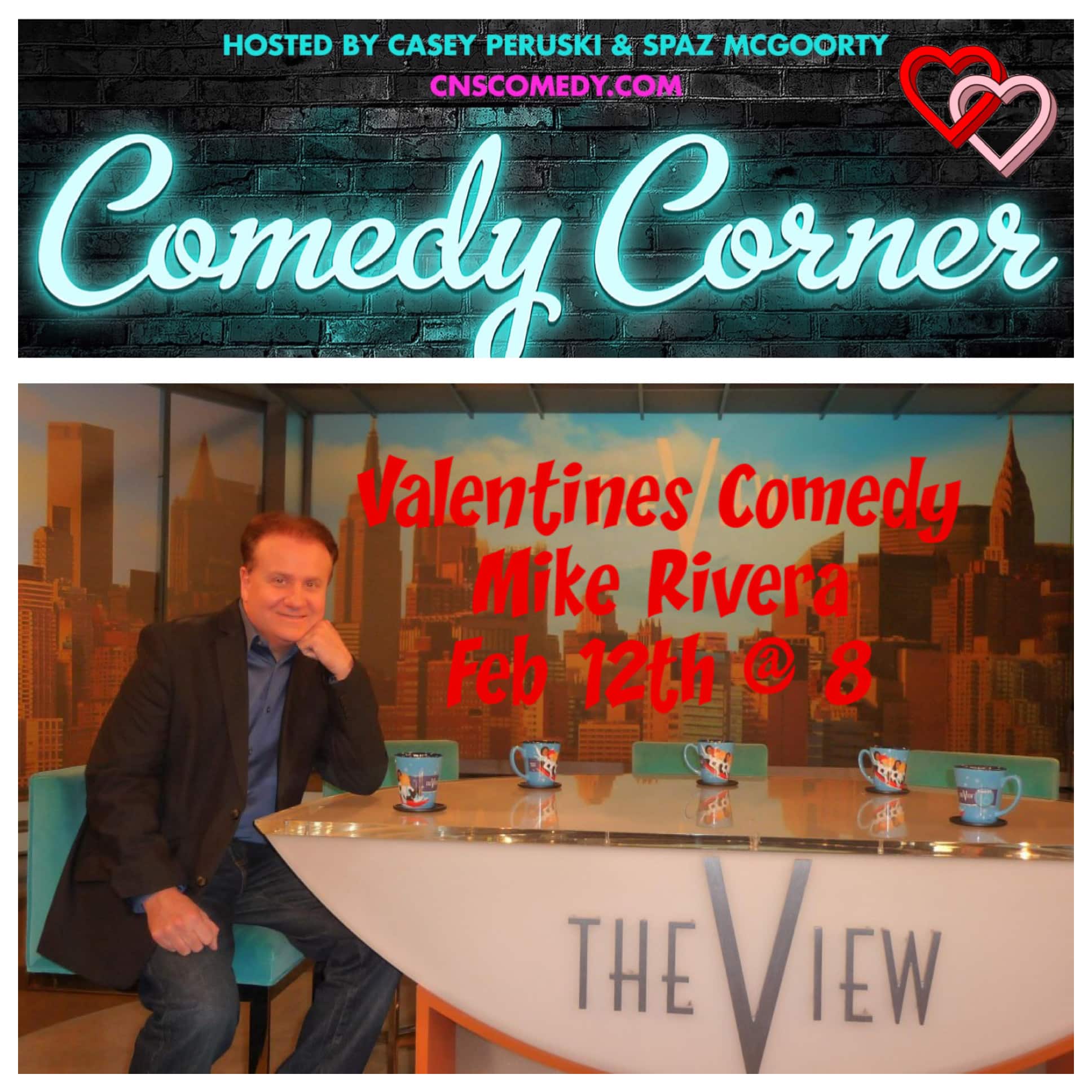 HEADLINER IS MIKE RIVERA AMERICA’S FUNNIEST TEACHER!
Seen on The View, Showtime, ABC and HBO! Come out for the Teachers

Celebrate Valentines with America’s Most Hilarious Teacher, Mike Rivera began his career performing comedy while a student at San Jose State University. Always valuing education, Mike set-off to perfect his Stand-Up skills in the comedy clubs of the San Francisco Bay Area. Within a year, Mike was a regular at all the clubs, opening for big named acts and appearing on local television and radio stations.

After becoming a regional winner of ShowTime’s Funniest Person in America and appearing on HBO’s From the Earth to the Moon, Mike Rivera found a way to bring his comedic act to our future generations.

For the past thirteen years, Mike has been bringing humor to his students as a full-time Civics middle school teacher. Winning Teacher of the Year in his very first year as an educator, Mike realized he could really make a difference in and out of the classroom. In his thirteen years of teaching, Mike has been recognized for his inMain Theatrevative teaching approach by being named Whose Who Among American Teachers, earning Most Comprehensive Multicultural Program, and also Pinellas County School’s Program on the Move. Working as a comic at night, the number thirteen proved to be a lucky number when he was named America’s Most Hilarious Teacher in 2013.

As America’s Most Hilarious Teacher, Mike Rivera is a versatile performer who brings high energy with a brazen sense of humor for one kMain Theatreckout show in and out of the classroom. Plus more working comedians and hosted by Casey Peruski from his Dry Bar Comedy Special and Spaz!