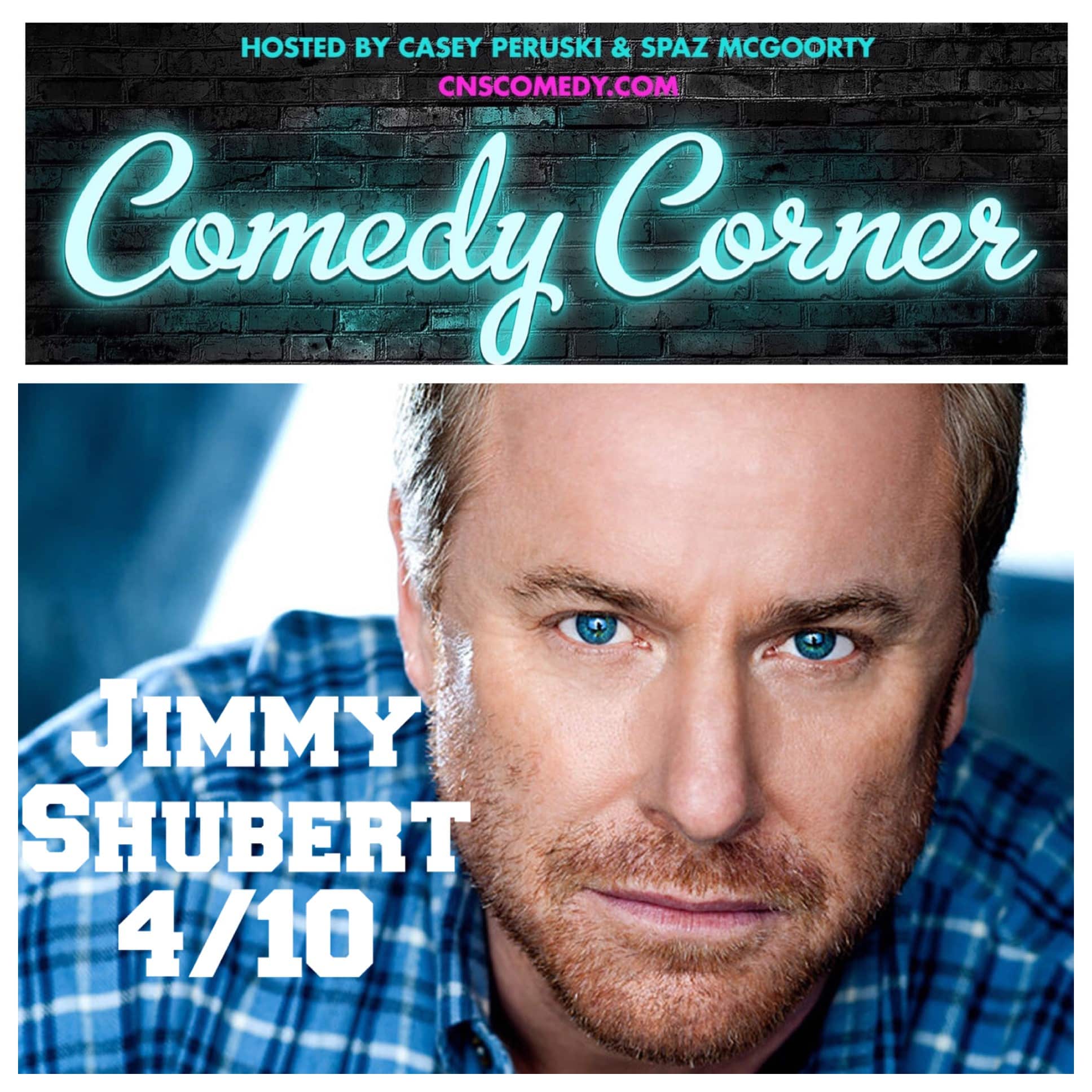 Jimmy has been seen on Comedy Central Presents, Last Comic Standing, Dave Atell’s Comedy Underground, Kind of Queens, Entourage, 2 Broke Girls, ReMain Theatre 911, Monk, Mr. & Mrs. Smith, The Italian Job, and currently has the #1 comedy album in iTunes! See him for the first time ever at the Black Box!

Jimmy Shubert has built an impressive resume as an actor, both in film and on television. He can currently be seen in a movie entitled “American Nightmares” with Danny Trejo, Vivica Fox and, Jay Morh on Cinemax. He also just wrapped filming scenes in a new movie entitled “Puppy Love” with Hopper Penn, Michael Madsen and, Rosanne Arquette heading for a major theatrical release. As a comedian, he is one of the busiest comedians working today. After becoming a finalist on NBC’s “Last Comic Standing” and, being seen on Comedy Central as the closing act on Dave Atell’s Comedy Underground. He also just wrapped post- production on his brand new hour special entitled “Zero Tolerance” – soon to be seen on a premium cable network.

From headlining A list comedy clubs, casiMain Theatres, theaters across the country. Shubert’s New-hour special ‘Zero Tolerance” is a theatrical presentation of Shubert’s stand-up persona of a blue collar working man’s man. He combines the outlook of a modern-day Archie Bunker with an utterly real world sensibility to create signature pieces of comedy, on Therapy cats, Smart Phones, Male grooming and, the dumbing down of America. Shubert loves playing the part of a pop culture IcoMain Theatreclast. Richie is keeping audiences in stitches around the world with his cutting edge comedy – Always pleasing, never offending.

* We are reducing public capacity to 50%, managing physical distancing and limiting guest density at tables and seating across the Black Box in compliance with local and state government agencies guidelines.
* You must bring a face covering. Guests are required to wear one at all times to attend the event.
* We have provided all staff with enhanced safety training, reinforcing cleanliness and hygiene per current health & safety guidelines. Food & beverage staff are required to wear face coverings and gloves.
* We have intensified cleaning with disinfectant spraying and wiping of all surfaces including door handles, tables, seating and electronic displays more frequently. We have also added hand sanitizers on counters and dispensers mounted on walls in the facility.