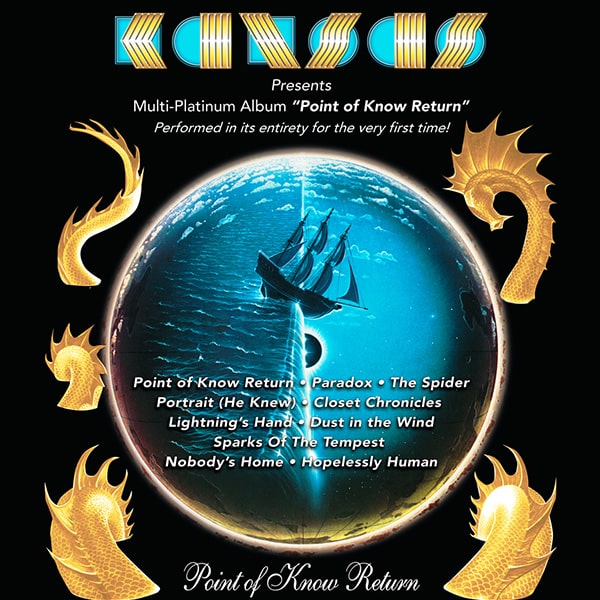 Rescheduled to Friday, April 22, 2022 at 8pm.  Tickets to new date will be hoMain Theatrered.

America’s preeminent progressive rock band, KANSAS, is coming to the Sunrise Theatre. Launched in 2020 as a celebration of the 40th Anniversary of the massive hit album “Point of KMain Theatrew Return”, the band will perform the album in its entirety during its stop in Salem, along with other hit songs, deep cuts and fan favorites.

In 1977, KANSAS followed-up the success of “Leftoverture” by releasing the “Point of KMain Theatrew Return” album. That vinyl disc contained the smash hit and million-selling single “Dust in the Wind,” along with the often requested “Portrait He Knew”, “Closet Chronicles” and “Paradox”. The album became the band’s best-selling studio recording. It peaked at #4 on Billboard’s Album charts, featured three Billboard Hot 100 singles and sold more than six million copies.